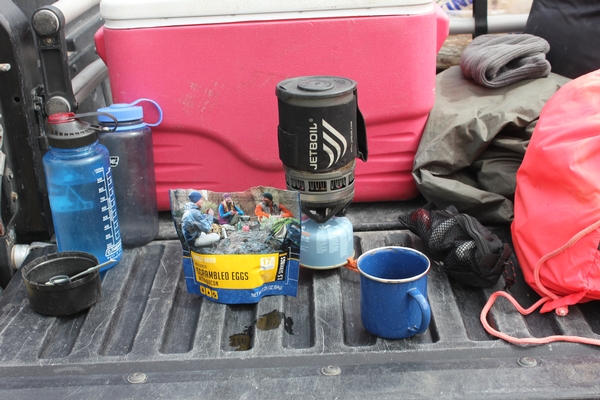 Buck Bowden, a mile in his shoes

Taken from an Article by John Lindsey www.santamariatimes.com 2016

Limit out on Rockfish

Limit Out on Rockfish

Jeffy took a step and looked backward at me sardonically.  “You know.  You’d be doing me a favor if you blew my head off.”  Jeffy moved with an intensity and aggression that flowed into other areas of his life.  His gallows humor took bladder cancer and  turned it into something darkly funny.

The heat in the San Rafael Mountains will beat down on you after 10:00 a.m.  It will probably be unseasonably hot or windy when you finally get your days off to hunt.  This is what you wanted.  Right here on the edge of your comfort zone you grow into the type of hunter you’d like to be.

Rockfish in the Kelp

What is a good day of fishing? A good day of fishing with Pismo Adventures actually starts the night before.  Make sure you have a fishing license.  If you are in for a one day license you might as well buy a whole year.  The peace fishing brings in this day and age is worth the price.  Make sure to buy in January when new fishing licenses come out.  You can maximize the time for the year.

Here is a little shameless self promotion.  This link will take you to the Pismo Adventures amazon affiliate page.  There are no requirements to shop there, only if it is convenient for you.  Take what is useful on these blogs, leave the rest.  My intention is that it helps outdoorsmen to realize that these experiences are more than a hunt.

What a great trip we had to the North part of the port.  I’m the fisherman, but you knew to drop a line in the kelp beds and not the rock. 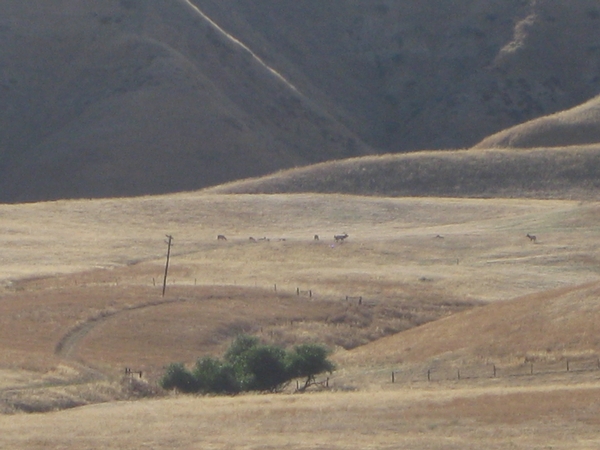 I just got back from my trip to Colorado.  I don’t know if this makes any sense, but the big take home thing I learned is: Colorado smallirado.   I had this big family tradition hanging over my head of going out of state to hunt.  Now that I’ve done it I realize that hunting right in my own state and sometimes just two hours from my house is just as awesome.  I thought I did enough training to be ready spiritually, physically, and mentally.  It turns out I was wrong.  If all those things were in place maybe I’d have seen more elk.

I left my wife at home with two children alone, an eighteen hour drive, and a considerable expense.  In fact at the end of five days of hunting I saw no elk.  I’ve seen more elk on the 41 freeway heading to visit family in Fresno. I did learn some valuable stuff.  Although that leaves me discouraged.  I allow myself to work even harder to kill an elk.

The first time I saw elk was back in 2006.  I spotted a herd with a giant herd bull.  I could see his rack with a naked eye from hundreds of yards away.  I had to leave before I could hunt them because I didn’t set aside enough time for the hunt.  I had a flight to catch back home.  I thought I was prepared.

On this recent hunt I missed my two children so bad, I had a bellyache.  I kept changing my thoughts to focus on the moment.  I didn’t set up the camp as far as I wanted because it was hot and I was worried about getting all that meat out by myself.  I couldn’t use the road I planned to get to the trailhead with because the oil company bought the lease on the Bureau of Land Management (BLM).  The company decided not to allow the public to use the road to access the BLM on the other side of the oil lease.  To add to all this I saw zero elk.

I did find a giant four by four mule deer the penultimate day.  I crept thirty yards from him, but no deer tag.  As weeks went by I contemplated this elk hunt and there were additional things I learned.

I’d do it all again.  I look back now and consider how far I’ve come since 2006.  Now I can hunt alone.  I bought all the gear for backcountry hunts.  I’ve killed bucks in the backcountry and packed them back to the truck in the heat.  I train with a huge rock in my pack.  I’ve been out of state four times now.  I’ve done research using paper maps, websites, and google Earth.  I would have attempted few of these things had I not become an elk hunter.  Now I just need to be patient until elk seasons rolls around again.  I can buy or draw another tag.  I know I’ll do it all again.

Great day on the water with David and his family.

Gabby won a free kayak excursion with Pismo Adventures at the Pismo Beach Concierge Mixer.  Check out all the fun activities in Pismo Beach at Dolphin Bay and the other awesome hotels here.

Pismo Adventures t-shirts are available for purchase under the Book Now button (other amount).  They are hot off the presses from Fresh Baked T's print shop.  Get yours today for $15.

As a Thank You

The first two clients to book a hunt with Pismo Adventures can choose a pack full of gear or a $100 gift card to Central Coast Archery as a token of appreciation for your business.

The first two clients to book a hunt with Pismo Adventures can choose a pack full of gear or a $100 gift card to Central Coast Archery as a token of appreciation for your business.

The first four deer of the season showed up last week.  I saw another four yesterday morning.  All does and fawns no bucks yet.  It is a great feeling of satisfaction to see them.  I was near the road yesterday morning and a truck barreled down the pavement toward all of us.  I got to the side of the road, but the doe and fawn took their sweet time.  I yelled at them, “Get going.” They still didn’t move fast until the truck was twenty yards away then they sprinted across the asphalt and hopped over the fence.

Some years I start counting the deer I see in April.  That’s when I’m in the forest for turkey season.  I didn’t get a chance to go out for turkey this year.  It takes a lot of patience to sit in a blind for those stubborn birds.  I went out for rockfish with my son instead.  In a kayak I am always moving, and it takes less patience.

I count deer that I see from the 101 freeway also.  They always seem to be in the fringe areas.  I’d like to spot more of them in the forest where it’s public land.  Yet there they are smack dab in the middle of the wild oats on private land, the white squares on the map.  They’ll have to seek into cover in the green public land eventually.  I’ll keep looking for an opportunity.

There are lots of suggestions from other hunters about gear and techniques.  Techniques fascinate me  because I don't have to find any other gear to make them work.  I use techniques with the gear I already have.

Time and time again I've learned patience helps me kill bucks.  Failing at this technique is almost funny.  Here is a vignette about turkey hunting, but it could have easily been a deer.

I was hunting all morning long in a ground blind.  I did everything right like: set up at dark, listened to turkeys come down from the roost and call, played coy with the call.  It was 11:00 a.m., and I wanted to go home.  A hill called to me for a check just forty yards away.  You probably can predict what happened.  I got over to the hill, and a great big tom mosey through my blind set up.  The tom was ten yards from the tree I'd sat against all morning.  I should have finished my hunt in the blind.  I tried to sneak on the bird, but I spooked him.  Patience.

The blacktailed buck of California. Hunters have joked that finding unicorns is easier than finding a forked horn buck during deer season. They seem to know when the second Saturday in August rolls around and head straight to the brush. Today’s story is a suggestion about how to find a buck and maybe more importantly the enjoyment of the journey. You can go out in 28 days at the opener of archery season and walk into a buck. There could be one right at the trailhead where you park your car. Its just it doesn’t happen often.

Pismo Adventures has just launched a new website thanks to the professionals at 3plains.